Pooja Bhatt took to her Instagram handle to share a sun-kissed selfie with her followers as she celebrated six years of sobriety.
Check out her post here:

As soon as she shared the post, her fans and friends congratulated the actress and dropped clap and heart emojis on the post. While Dia Mirza dropped claps and butterfly emojis in the comments section, Shreya Dhanwanthary replied with a heart emoji.

Pooja also shared an Instagram story where she showed her fans her morning cup of coffee and captioned it, ‘It’s a great day to be sober,’ along with heart and happy face emojis. 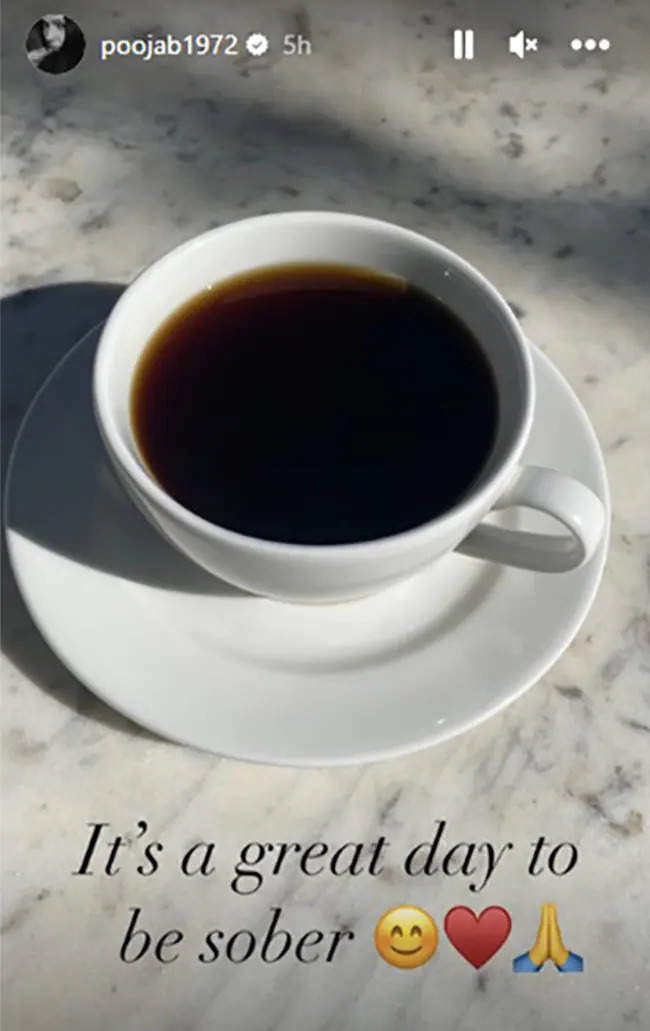 Pooja has openly admitted that alcohol was her drug of choice in numerous interviews. However, her life reportedly took a turn one day during a conversation with father Mahesh Bhatt, and that is when she decided to quit alcohol.

Meanwhile, on the work front, Pooja was last seen in R Balki’s ‘Chup: Revenge Of The Artist’ co-starring Dulquer Salmaan and Sunny Deol.